You are here: Home / Blog / “What Is Astym® Treatment?” by Chad Wemhoff, PT, SCS 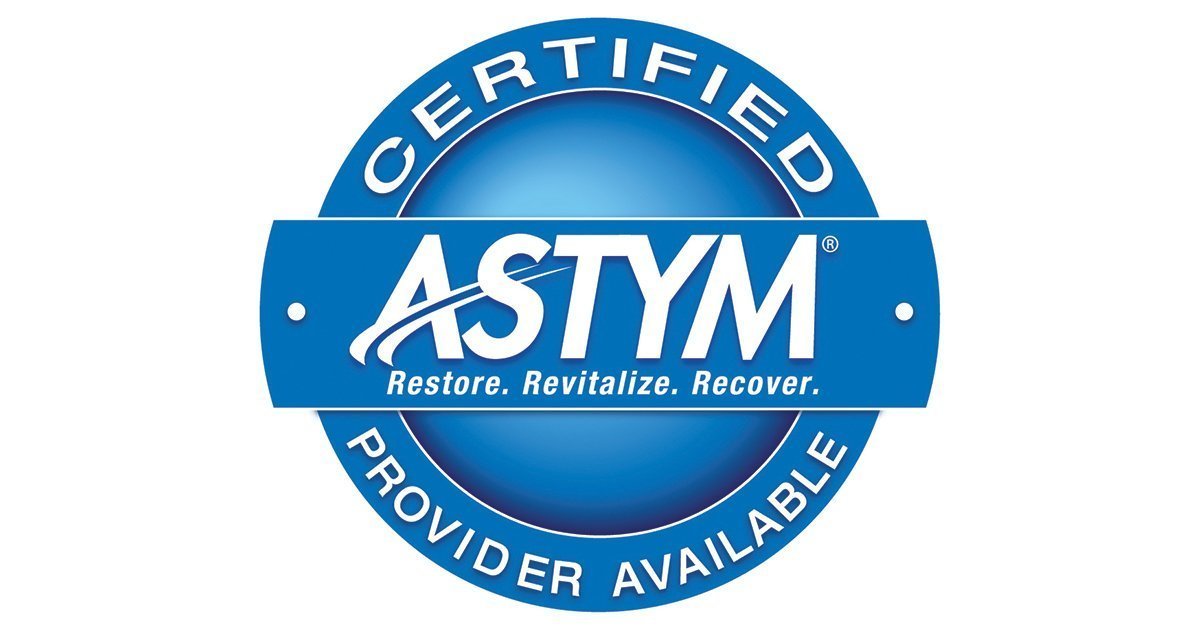 “What Is Astym® Treatment?”

Astym® treatment is a therapy that regenerates healthy soft tissues (muscles, tendons, etc.), and eliminates or reduces unwanted scar tissue that may be causing pain or movement restrictions. Astym®treatment is highly effective and even works when other approaches routinely fail. One of the main reasons Astym® treatment is so much more effective than other treatments is that it was scientifically developed to resolve the underlying cause of soft tissue problems, rather than just trying to temporarily relieve symptoms. It is one of the most researched and effective therapy treatments available. Astym®treatment is unmatched in its ability to resolve tendinopathies, scar tissue problems, and other soft tissue dysfunctions. Doctors regularly prescribe Astym® treatment specifically for their patients, and elite athletes and knowledgeable patients seek out Astym® treatment for superior results. When your health and ability to stay active is at stake, only the best will do.

Generally, chronic soft tissue problems are due to scarring or degeneration. Soft tissues include muscles, tendons and ligaments. Both scarring and degeneration are common and can result in pain and limitations in movement.

The body’s soft tissues degenerate when inadequate healing occurs, and over time the tissues degrade. Degenerated tissues are weak and prone to injury. Degeneration can be caused by many factors, including age, intense use, improper movement, weakened muscles putting extra stress on other tissues, disease, etc. Most chronic tendinopathies are primarily degenerative in nature.

Scarring can happen on top of the skin, but often the biggest problems come from scar tissue that forms inside the body around joints, muscles, tendons and/or ligaments. The body naturally lays down some scar tissue in response to irritation or injury. The fibrous, strong scar tissue is meant to reinforce an area, but often it ends up restricting movement and causing pain. The causes of problem scar tissue can be injury (such as a sprained ankle, car accident, etc.), a surgery (good surgery can be done, but the body’s response with scar tissue can prevent a full recovery), intense or over use of soft tissues (such as sports, repetitive work, activity beyond your fitness level, etc.), sprains or other strains on soft tissues.

Good news: Astym® treatment works both to regenerate tissues and eliminate or reduce internal scar tissue. By eliminating the cause of your problems, your symptoms will resolve.

Chad is located at our South office on 14th and Pine Lake Rd.  Appointments and/or questions can be sent via phone 402-421-2700 or email cwemhoff@lincolnpt.com.

Meghan is located at our North office on 27th and Superior.  Appointments and/or questions can be sent via phone 402-476-2600 or email mmueller@lincolnpt.com.

What is Functional Dry Needling? Common Q&A’sIntroducing you to the Alter-G “Anti-Gravity” Treadmill

Introducing you to the Alter-G “Anti-Gravity” Treadmill